In Memory of Michael S Hart

This page and all the linked electronic books in HTML format have been dedicated to the memory of Michael S Hart who invented eBooks and founded Project Gutenberg. He passed away on September 6, 2011 at the age of 64 without anyone noticing and mostly eclipsed by the death of the designer of one of many devices used to read what Hart had invented. Hart led a frugal life, had a brief stint in army, then a try at marriage and for some time he was a street musician. He used to give his music away for free as he believed, music be free as air, for that matter, all good things should be freely and abundantly available. As one can expect, he was never into the world of money made success. 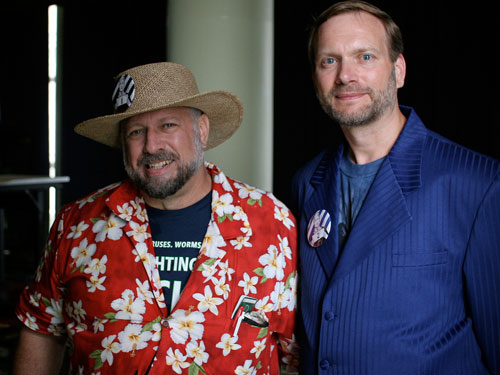 He applied the same principles to books which he thought should be made available to all the citizens of the world in the most easiest readable format in as many devices as possible. The consent granted to him to use of the mainframe computer in the University of Illinois at Urbana became a fairy godmother. He started keying in books after books of which the copyright had expired. He did roughly 310 books by his own hands, starting with American Declaration of Independence and passing through the Gettysburg Address, the Constitution and the King James Bible, all strenuously typed by hands. Soon many people joined him, started scanning, applied OCR, volunteered prooﬁng work, slowly the process gained momentum. By 2011, there were around 33,000 eBooks moving at a pace of 200 volumes added every month with translations in more than fifty languages, all given for free. The irony is that moneyed corporations like Google and Yahoo jumped into the arena and claimed to have invented eBooks before Hart!

He called his mission, Project Gutenberg. Hart thought that Gutenberg made available wagon-loads of printed books within the reach of rich and poor, literate and illiterate that demolished the divide between polemical and opposing social strata leading to newer deﬁnitions of power equations. In the same vein, cyber revolutionary in him imagined that eBooks will spearhead a knowledge revolution in the world. By 2021, Hart longed, every human would have the luxury of one million books, a petabyte of data in the palm that would make book prices plummeted, literacy and education rates soared and knowledge revolution became a reality. If at all Hart’s ﬁght against illiteracy was diminished over the years, it was the dubious copyright laws are to be blamed. The thirty year term after which the copyright expired in Hart’s times, often rose to a century to stay in copyright in America. Civilization does not want its population get literate and informed easily and quickly!

Following the footsteps of Hart, the volunteers at Sayahna Foundation, will strive hard to make available eBooks with complex math content in the web which is still not much available. Math aware browsers, particularly, Firefox does a good job of rendering math without images and in a semantically correct manner. We invite you, gentle reader, to take a look at one of the books listed.